Marie-Claude first gave a refresher on the GFSI Working Group that the two panelists took part in, while also giving context for the upcoming discussion on the need to improve auditor competence and continued professional development as part of Feature 1 of the Race to the Top Framework.

Jon began by saying it has been a fascinating journey that involved a lot of stakeholders. He then spoke on what the Working Group has been doing to help create the proposed Benchmarking Requirements. Jon explained that the main focus has been proposing a recognition programme for bodies that will recognise and validate the competence of auditors, rather than prioritising the tGFSI recognition of training organisations. He said, we need consistency and this is what we’re aiming for. Audtiors come into their roles in so many different ways – through formal routes and academic qualifications and others through on-the-job experiences – so it’s not about the training journey, but on whether the auditor can prove their competence. The Working Group has clearly set out the knowledge, skills, behaviours and the attitude that are expected from a competent food safety auditor, but not the “how”. He then noted this is important as it allows multiple entry points into the profession and helps make it easier to attract more auditors into the profession.

Jon then gave a further outline of the key features, besides proven competence. These include a Code of Conduct that professionals must comply with and Continuing Professional Development (CPD), which is about both keeping auditors up to date on new technologies, legislations and standards, etc, as well as growing as a professional and developing in the role of an auditor. Jon ended by explaining that there are two parts of this proposed framework. The first element is about the governance of the professional recognition body; the second about how they go about proving that in regards to their knowledge, skills and behaviours.

Andrew then joined the conversation and shared his perspective as a retailer, saying that this level of transparency is beneficial and gives him the assurance that he can review the auditors credentials. He believes that this approach will help ensure that they can depend on the consistency of auditors, as this is a large part of their food safety management process. It will also take a lot of the repetition from qualifying auditors. Importantly, he also noted this recognition is essential in recognising successful auditors and giving kudos to those auditors who perform well.

The panellists then took questions from the participants and, when asked whether there is an international body that has food safety specialists, the pair agreed that there are bodies out there, but that there are several “entities” that may want to set up something specifically to apply to become recognised as a Professional Recognition Body (PRB) through GFSI. Andrew also reiterated that the food safety industry is lagging behind in recognising auditing as a profession, and it is important to start that process now because that framework indeed does already exist.

When asked by Marie-Claude how they see the role of Certification Bodies (CBs) complementing the role of the PRBs? Andrew said that they play an important role, and the PRBs will be a sort of support to the CBs, and they will help take away some of the duplication that the CBs are doing between themselves. Jon agreed, saying that having someone accompany and shadow an auditor is critical as the auditor gains their experience.

The next question asked if this model was perhaps more beneficial for freelance auditors. Jon believes that this model will be equally beneficial for all food safety auditors. He said this ideal outcome would be for auditors to regain ownership of their personal development and professional growth – regardless of whether they are employed by a CB or independent. This model can also provide structure for independent auditors.

Several questions then came in about the process to becoming a GFSI-recognised PRB, and if a CB has an auditor competency programme, why can they not be a PRB? Marie-Claude answered that when the final benchmarking requirements will be published they will also include an application form. She said that it would be a blunt interpretation to say that a CB cannot become a PRB, the goal is to avoid any conflict of interest. A CB may qualify to become a GFSI-recognised PRB if they can demonstrate independence of their PRB activities from their certification activities to food safety programmes.

Lastly, when asked about the role of the standard owner in the qualification process, under this new proposed approach, and whether GFSI will influence CPOs to lose their specific credential requirements, Andrew responded that this model will not take anything away from those established requirements. It will simply help the CPOs gain more knowledge on the auditors that are qualified for their programmes and develop feedback.

Marie-Claude concluded the webinar by emphasising that this model will make the approval of auditors smoother, and asks that the audience share any feedback on the consultation so improvements can be made to ensure that entry into the profession is made easier.

The proposed approach and the draft Benchmarking Requirements are currently submitted to a public consultation. And, at the request of  many of our stakeholders, we have now extended this consultation until the 18th June 2021. Find out how to take part in the consultation here.

You can also review all of the submitted questions from this webinar and our responses here. 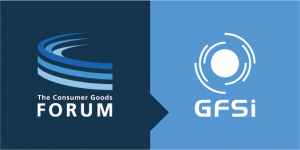